International economics textbooks have always taught students that currency exchange rates in forex markets depend, among many other things, on the monetary policy stance chosen by global central banks.

A famous rule of the thumb written by Keynesian Nobel laureate Paul Krugman in his ‘International Economics’, considered a true bible in the macroeconomic theory, explains that expansionary monetary policies, consisting of cutting interest rates or increasing the money supply (or a mix of the two measures), produce a devaluation of the domestic currency, since the advantage of holding it decreases compared to the yield offered by financial assets denominated in other currencies.

Conversely, restrictive monetary policies make domestic currency-denominated assets more attractive to investors and this entails an appreciation of the domestic currency against the other currencies.
In the financial and economic crisis we are experiencing, the Federal Reserve and the European Central Bank, the two most powerful central banks in the world, have undertaken exceptional, unprecedented monetary policies, bringing interest rates to zero (in the US) or below zero (in the Eurozone) levels and initiating direct (in the US) or indirect (in the Eurozone) debt monetization policies on an unprecedented scale. Money printing has reached a trillion-dollar size.

From the injection of fresh money of such an amount we would have expected, from a macroeconomic theory perspective, a euro-dollar exchange rate of a volatility never seen before. Instead, the euro-dollar exchange rate remained surprisingly unchanged, fluctuating in the trading range 1.08 – 1.10 since the beginning of the crisis. This evidence represents a great challenge, or defeat, for the traditional international macroeconomic theory, whose assumptions seem to have failed, and deserves to be analyzed more in depth.

Let’s take a look at some data related to the dimension of the monetary policies undertaken by the Federal Reserve and the European Central Banks to tackle the crisis. According to the Federal Reserve Bank of Saint Luis, the effective federal funds rate, the interest rate at which depository institutions trade federal funds (balances held at Federal Reserve Banks) with each other overnight, has decreased from 1.58% in February to an almost-nil 0.05% in April, the latest data available. Thus, the reduction of the fed funds has been equal to 1.53% and the rates hit an historical record low. Rumors also hinted that the FED could have gone even further, bringing interest rates into negative territory, before the governor Jerome Powell was forced to declare that that option was excluded, for not to introducing a tax on savings and on US citizens’ pension funds. On the contrary, the European Central Bank decided not to take any action on interest rates. The three ECB key rates, namely the rate on deposit facility, the rate on main refinancing operations and the rate on marginal lending facility, have remained unchanged to -0.5%, 0.0% and 0.2%, respectively. The last time the ECB cut a key rate was on 18 September Governing Council meeting, when the deposit facility was reduced to -0.5% from previous -0.4%. The choice to keep interest rates steady raised fierce critiques against the central bank and its new governor, Christine Lagarde, accused not to do ‘whatever it takes’ to help the battered Eurozone economy. The critiques did not have any effect and the interest rate policy did not change.

As a consequence of the two central banks’ decisions, the rate differential between the US and the Eurozone has almost zeroed. In the meantime, the euro-denominated financial activities had become more rewarding vis-à-vis the dollar-denominated ones. If the macroeconomic theory had hold, the euro should have appreciated against the dollar from those decisions on. But this did not happen. The same should have happened with the decisions taken on the money supply variable. After the U.S. Government injected $2.4 trillion of relief spending into the economic system in few weeks, the Federal Reserve and its governor Jerome Powell announced a program of “unlimited” monetary stimulus. The central bank started to buy every asset it could: Treasuries, corporate bonds, junk bond ETFs and so on. The new definition for this unorthodox monetary program was “Quantitative Easing Infinity”. Or without limits. Semantics count. The possibility to do that for the Federal Reserve was granted by the fact that the new cash is nowadays produced electronically. As a consequence, the Fed’s balance sheet rose by +12.0% in a single week and that the money supply (as measured by M2 aggregate) rose at a +27.0% annualized rate since February.

Also, the ECB decided to undertake exceptional monetary stimuli, with a €750 billion Quantitative Easing program to be carried on until the end of the year, unless the central bank decides to procrastinate it, which is quite likely. The central bank aimed to buy Eurozone countries’ sovereign bonds on secondary markets, de facto monetizing countries’ debts, even if this is explicitly forbidden by the EU Treaties. It should have bought sovereign bonds by respecting the so-called “capital key rule”, which imposes the bank strict caps on the total amount of bonds it can buy for every single state. Actually, it did not. The impression is that rules do not count when a central bank is entitled to do ‘whatever it wants’. In conclusion, the monetary stance of the Eurozone’s central bank seemed to be less expansionary than that one of the FED. The forward guidance launched by the ECB and Christine Lagarde’s declarations seemed to be more hawkish than those by Jerome Powell to investors as well. For example, Lagarde said in a press conference she excluded the possible adoption of the ‘helicopter money’ policy, and she seemed not so eager to spouse a revival of the famous Mario Draghi’s ‘whatever it takes’. Once again, we would expect, after these hawkish declarations, the euro to appreciate against the dollar, pricing in a ruder stance by the ECB with respect to that one of the FED. Instead, the euro-dollar kept almost steady.

According to explanations provided by some forex traders, the reason why the euro-dollar exchange kept steady within the trading range 1.08-1-10, measured as dollar units to buy one euro, was the tremendous uncertainty surrounding the global economies due to the crisis. Very few analysts felt sure to depict future scenarios, and the forecasts made by the most important global forecasters differed a lot among them. Who could tell which one between the Eurozone and the US economy would have performed better or worse? Or by how much would the two GDPs, or jobless rates, have shrunk? Nobody. And since big traders knew it, they preferred not to bet on a specific market direction. They weren’t looking at the current stances of central banks but rather at the future uncertainty.

Surely, the supporters of the old Keynesian monetary theory will try to justify the validity of their assumptions by explaining that we are facing an unprecedented crisis, which requires – as many policy-makers argued – unprecedented measures. It is just an exception. And since it is an exception, the theory must be temporarily suspended. Unfortunately for the Keynesian scholars, exceptions are becoming normality on financial markets, and it is getting more and more difficult to justify the fallacies of theories.

What lesson can we draw from this evidence? I think that economists should take F. A. von Hayek seriously if they really want to find a key to explain why even the strongest (or supposed so) economic relations are failing in current uncertain financial times. It is useful to remind that Hayek’s definition of uncertainty is that relevant knowledge is completely dispersed and that all of the total information is divided up among a huge set of decision makers. According to the Keynesian meaning of uncertainty, instead, prices do not concentrate the knowledge so that savvy, alert decision makers (e.g. an illuminated central banker) can act on it efficiently. Hayek argues that they do. Current empirical evidence is showing that the Hayekian price discovering mechanism is at odds with the old Keynesian theoretical models. And it is the former to be true. Even in forex markets.

*Prof. Dr. Emanuele Canegrati, is an Italian economist, Senior Analyst at the London-based Forex broker BP Prime, and a Faculty Member of the Liechtenstein Academy Foundation. Canegrati also works at the Italian Parliament and the Italian Ministry for Economic Affairs and teaches as guest professor of Economics at LUISS University and La Sapienza University in Rome. He was Visiting Fellow at the London School of Economics and at the Luxembourg Income Study Office.

ECAEF is grateful for his contribution.

Are Cryptocurrencies a Road to a Denationalization of Money? 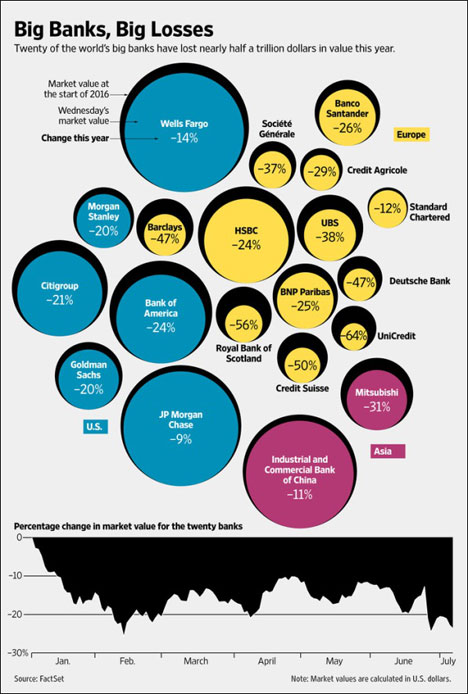